Tim Paine steps down as test captain, apologises to wife as his inappropriate texts become viral

Before 19 days of Ashes 2021-22 series, Tim Paine has been forced to quit Australia's Test captaincy. 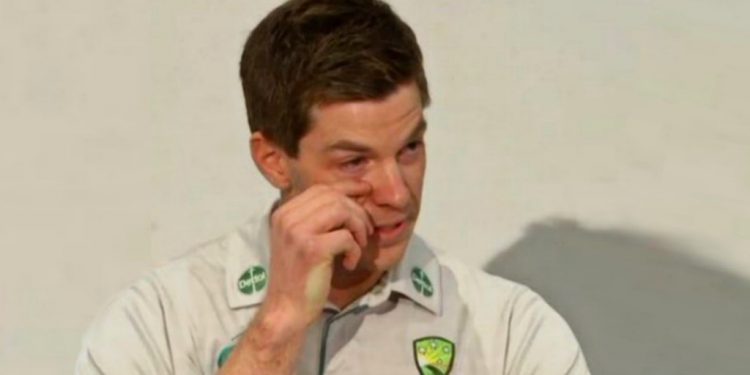 Australia test captain Tim Paine dropped a bombshell on the entire cricket fraternity on Friday morning, as he relinquished his leadership role from the national team in the midst of a scandalous phone-messaging fiasco.

“Today, I’m announcing my decision to stand down as the captain of the Australian men’s test team. It’s an incredibly difficult decision, but the right one for me, my family, and cricket,” Paine read out from his statement at his media briefing.

Back in 2017, Paine exchanged a series of lewd messages with a woman co-worker at Cricket Tasmania, his domestic cricket club. The texts included a number of inappropriate conversation threads and obscene pictures between Paine and the woman in question.

Incidentally, this entire scandal was brought to attention in 2017 itself. In fact, a series of investigations jointly conducted by Cricket Australia Cricket Tasmania exonerated Paine for his behavior. His wife and two children, Paine claims, were also aware of this entire incident and chose to forgive him for his misdeeds. Shortly after this entire debacle unfolded, Paine was given a surprise recall to the Australian national team for the Ashes series that was to soon commence.

Paine’s decision comes as a major setback to the Australian team, who are due to play the first Ashes test in 3 weeks’ time against England. While Paine has officially made himself available for selection for the five-test series, it looks incredibly unlikely that he’ll feature in any of the games. And at 36 (soon to be 37) years of age, this scandal could just about bring an unceremonious end to his career.

“I am deeply sorry to my teammates, family, and all Australia fans”- Tim Paine

“It’s been the greatest privilege of my sporting life to lead the Australian men’s test team. I’m grateful for the support of my teammates and proud of what we’ve been able to achieve together.

“To them, I ask for their understanding and forgiveness. To Australian cricket fans I’m deeply sorry that my past behaviour has impacted our game on the eve of the Ashes. For the disappointment I have caused to fans and the entire cricket community, I apologize”, Paine concluded in his statement.

ALSO READ: James Pattinson set to be eligible to play for England Cricket Team after retirement from Australia’s Test circuit

Pat Cummins, the incumbent vice-captain of Australia, stands as the front-runner to lead the team in such a tumultuous time. The likes of Usman Khawaja and Travis Head- captains of their respective domestic red-ball teams- could also be considered for the role. Then there is Steve Smith, the former Australia captain, who has been through an ignominious captaincy transition himself, following his involvement in 2018’s infamous Sandpaper gate.