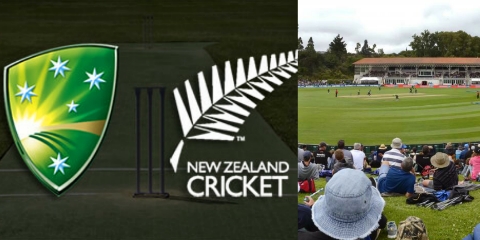 The Australian cricket team is currently on the New Zealand tour for the 5 T20-match series. The hosts outplayed the visitors in the opening match of the series. Kane Williamson-led blackcaps won the first T20 by 53 runs. The 2nd match of the series is scheduled to play at the Dunedin city of New Zealand. Fantasy cricket players are seeking University Oval Dunedin cricket ground records and pitch report information. The stats can help fantasy users to build a better XI. Here is all you need to know about the ground.

To date, Dunedin has hosted 10 ODIs; 5 times the team who batted first won while the 5 times bowling first team tasted the win. New Zealand has played 8 ODIs in this venue and there is not a single loss in New Zealand’s University Oval Dunedin cricket ground records. So the Kiwis always have the upper edge at University Oval. It will be Australia’s first match at the stadium.

The pitch report of University Oval cricket ground Dunedin is mouth-watering for bowlers. This is a small ground with boundary sizes between 60m to 70m however, the pitch favors the bowlers. This is mostly a low-scoring venue. In 10 ODIs, bowlers have taken 168 wickets here. In 2018, Pakistan had registered the lowest ODI total (74) on this ground when they were chasing New Zealand’s 257. The highest chased total in University Oval is also in the name of hosts. Kiwis had chased 335 runs against England in 2018. However, chasing a total has always been tough here. After winning the toss any team would like to take batting first.

Top-order batsmen may lose their wickets early in University Oval Dunedin cricket ground and middle-order batsmen can build a partnership. The pitch here favors fast bowlers. Neil Wagner and Trent Boult are the highest wicket-taker here with 20 and 18 wickets respectively. In 2019 vs Bangladesh, Tim Southee had recorded the best bowling figures at the Oval as his numbers read 6 for 65.