This season, Unmukt Chand had become the first Indian player to sign a contract with a BBL franchise. 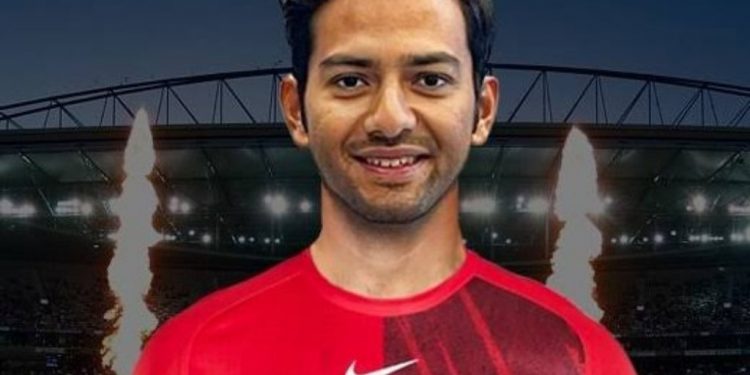 Unmukt Chand, captain of the 2012 Under-19 World-Cup winning India team, took the bold call of retiring from Indian cricket last year. While the decision effectively put curtains to his participation in Indian franchise and domestic competitions, it opened countless avenues for him in global franchise-based cricket tournaments.

A few months back, Chand was roped in as an overseas pick by the Melbourne Renegades franchise in the Big Bash League (BBL). The decision came as a huge excitement for several Indian fans and players- including Chand himself- as it allowed him a chance to feature as the first Indian male cricketer in the coveted Australian cricket event.

Unmukt Chand not given a chance in 11 games

It has been 11 games into what has been yet another forgettable season for the Renegades; however, Chand still hasn’t got the opportunity to make his BBL debut. This comes as a big surprise, especially given how much precarious player availability scenarios have been this season. But the Renegades have mostly entrusted their local Australian and Victorian players to feature in the playing XI.

Interestingly, the incumbent BBL rules allow teams to feature upto 3 overseas players in their lineups. But even on the few occasions that the Renegades have opted to play international stars, they have gone for the likes of Mohammed Nabi and Zahir Khan.

Suffice to say, Unmukt isn’t very pleased with how his first tenure in the Big Bash League has gone so far. On Tuesday, he posted a cryptic tweet from his account that took a dig on the Melbourne Renegades management for keeping him benched throughout the whole season.

From “Change your attitude” to “We sympathize”- fans’ reaction to Chand’s post Fans reacted in varying degrees to Unmukt’s candid post. While some called for Chand to change his ‘attitude’, others sympathized with him and shared their desire to see him don the iconic red-and-black Renegades’ jersey.

Change your attitude brother. You can't just into playing 11 straight way nither you are that talented.

I was excited to see an Indian domestic player in this BBL. But Melbourne couldn't give that. Also , Melbourne Renegades are having a bad season and they tried out many players and many are out of form, so one chance should have been given to Unmukt Chand 😕😕 #BBL #Melbourne

The difference is right there. Top players would work their ass in the nets while they dont get chances and talk to some experienced in the dressing and make most of it and not feel like a vacation. Matter of attitude.

Whether or not Chand’s omission from the ‘Gades’ line-up has been fair, it’s a shame that he hasn’t got the chance to showcase his rich vein of batting form. Since he retired from Indian cricket last year, Chand has been active in the United States Minor League Cricket competition.

In the 2021 season, Chand captained the Silicon Valley Strikers (SVS) and finished as the tournament’s leading run-getter with 621-runs. Hopefully, his good run tally for SVS would prompt the beleaguered Renegades to finally give him a chance in their playing XI in the last 3 games.