Virat Kohli performed the 'cradle' celebration after his fifty as camera panned over his daughter Vamika. 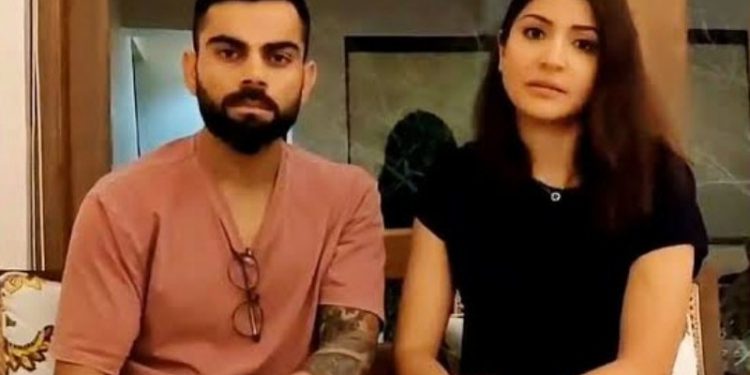 As Virat Kohli reached the 50-run mark in the third ODI at the Newlands, the batsman performed the ‘cradle’ celebration as cameras captured his wife Anushka and daughter Vamika cheering for him.

Since the time broadcaster SuperSport revealed Vamika’s face publicly, social media got divided. As Virat and Anushka have earlier requested the media about their daughter’s privacy, a section of fans fired at SuperSport for showing Vamika’s face during the broadcast of the third ODI.

A day after the incident, Virat and Anushka took to their Instagram accounts and put forward their stance on the matter. The duo accepted that they were caught off guard and again requested the media to respect their daughter’s privacy.

Virat and Anushka request to respect their daughter’s privacy

“Hi guys! We realise that our daughter’s images were captured at the stadium yesterday and widely shared thereafter. We want to inform everyone that we were caught off guard and didn’t know that the camera was on us. Our stance and request on the matter stays the same. We would really appreciate if Vamika’s images are not clicked/published for reasons we have explained earlier,” Virat and Anushka wrote in the post shared on Instagram Stories.

This is not the first time such an incident has taken place. When the Indian team walked out of a bus before leaving for South Africa, Virat requested paparazzi to not click the pictures of his daughter.

However, as Anushka stepped out of the bus holding Vamika in her arms, a reporter incidentally took the photo, that went viral.

Talking about the last ODI of the recently-concluded series, India lost in the cliffhanger against South Africa. While at one stage the hosts seemed down and out, Deepak Chahar’s quick fire half-century took India close to the victory. However, as he perished with still 10 runs required to win, the tail could not do much as India fell short of the target by five runs.