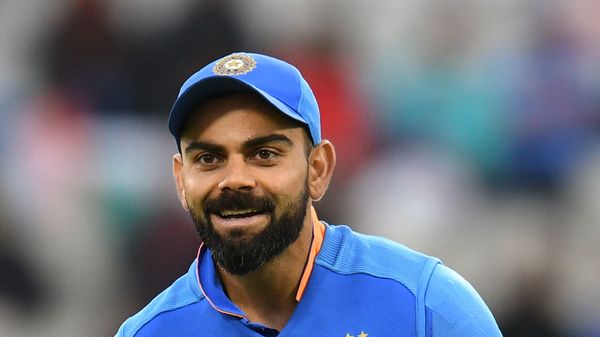 On Sunday, Team India lost to South Africa in the third and final T20I of the series at Chinna Swami Stadium. Meanwhile, South Africa managed to level the India vs South Africa 2019 T20 series. And now both have to play the 3 matches Test Series, starting from 2nd October in Vishakhapatnam. During the 3rd T20I in Bangaluru, Indian captain Virat Kohli has shared a heated moment with South Africa fast bowler. The South African pace bowler Hendricks Beauran comes in between the path of Indian skipper, when Kohli was running.

The incident took place in the third over of the match when Indian captain was completing a run. And the bowler came in the batsman line in result colliding the Indian skipper. Here we are sharing the video of the incident. In the video, we can see how both players are sharing a heated moment with each other. Virat Kohli and Beauran Hendricks were looking colliding with each other, even the commentator Sunil Gavaskar shared some words over this.

Earlier in the match, after winning the toss Virat Kohli decided to bat first, looking to be a challenging task for the team. However, Team India’s middle-order collapsed and the decision of batting first proved wrong. And Indian team lost to South Africa by 9 wickets with remaining 19 balls. This was one of the big wins for South Africa in India. And the new captain of South Africa has opened his account in terms of winning.