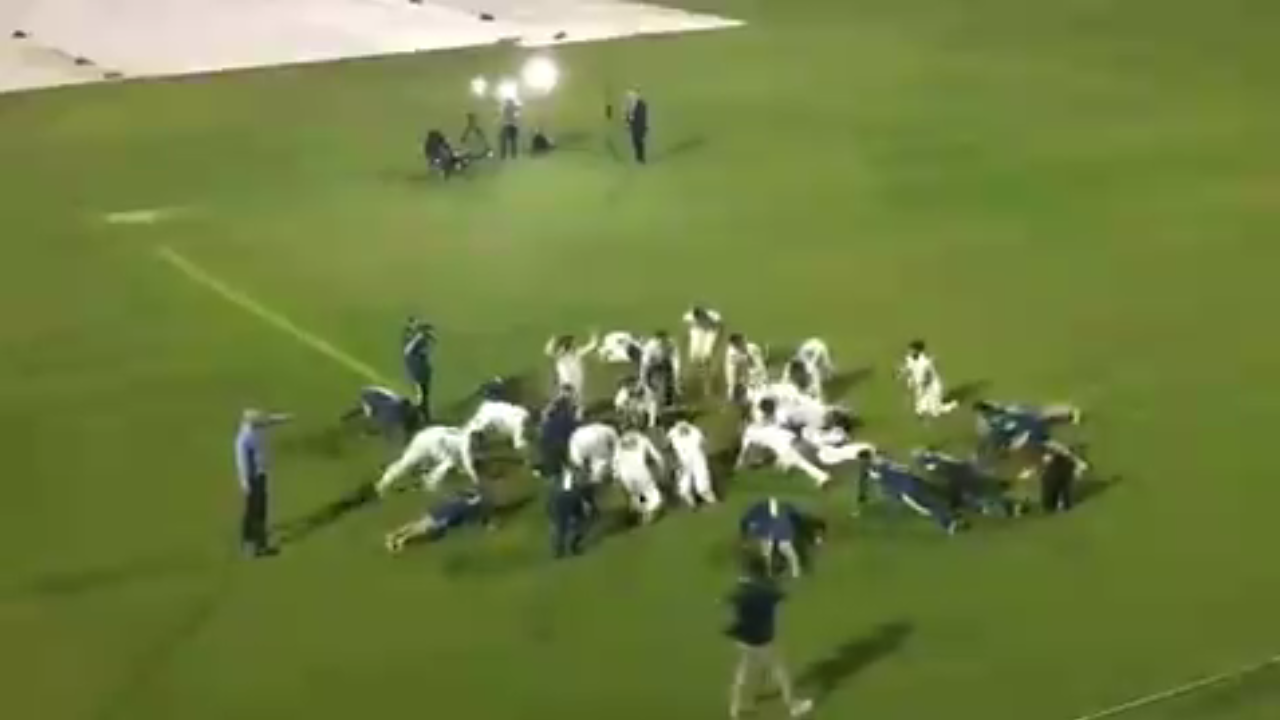 The Australian team has retained the Ashes Series in England after a long wait of 18 years. In 2001, former Australian skipper Steve Waugh was the last captain who did this. However, Steve Waugh is also the part of this Australian team in 2019 as support staff.  Meanwhile, there is yet one more game to play in this series. And currently, Australia is leading the series with 2-1.

Here is the video of the celebration

And the celebration continues post the Ashes retention with a little message for England @cricbuzz #Ashes19 #ashes #engvaus pic.twitter.com/alg19I6P3B

The Fourth Test came to a nail-biting climax at Old Trafford, but this time Australia held their nerve. They took an unbeatable 2-1 series lead over England burying the ghosts of Sandpapergate once and for all and sparking well-deserved celebrations. @hughwhitfeld #Ashes #7NEWS pic.twitter.com/wGktdVQWhp

As we can see in the video how Australian players are teasing the England team, who were the hosts. Ashes series are always known for something extra from other Test Matches. Here our meaning from something extra is Aggression, Teasing each other etc. And this time Australian has taken a dig at England after retaining the series.

A short summary of the Fourth Test

After winning the toss Australia had decided to bat first. Meanwhile, they had set up a score of 497 in the first innings, thanks to Steve Smith double hundred. However, England fights back but could manage to score 301 in the first innings.  In the second innings before declaring Australia scored 186 for the loss of 6 wickets. Meanwhile, they had given a target of 383 for the hosts, which was a difficult task. Hence, England could manage to score only 197 runs in the final innings and lost the match with a huge difference of 185 runs. As expected, Steve Smith was awarded as Player of the match in the fourth match of the Test series.