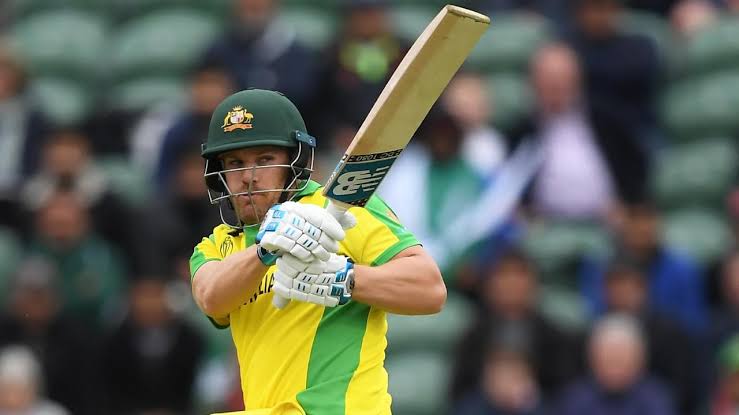 Aaron Finch Smashes 26 Runs Off Mohammad Irfan Over: Currently, Pakistan Team is playing T20I series against Australia in Australia. And it will be a great opportunity for Pakistan to prepare for the upcoming T20 World Cup in 2020. Meanwhile, Pakistan pace bowler Mohammad Irfan was playing his first T20I match after the 2016 T20 World Cup. However, it was not an impressive come back for the bowler as Australia batsman smashed 26 runs off his one over, during the first T20I in Sydney of the ongoing series.

It all happened during the third over of the Australian innings when Finch started the over by hitting a six. Aaron Finch has smashed 26 runs off Mohammad Irfan’s over which included 3 fours and 2 sixes. In the very first three deliveries of the over the bowler leaked 21 runs which include one no-ball.  And then Irfan could manage to leak only one boundary in the last three balls of the over.

However, the rain-affected the match and ended in no results. With the hosts scoring 41 runs in 3.1 overs, they had made an attacking start. Having said that, rain once again played spoilsport to abandon the match. Here we are sharing the video of the Aaron Finch smashing 26 runs off 1 over.

After winning the toss, Australian skipper Arron Finch invited the visitor’s team for batting first. Meanwhile, due to rain, the match was reduced to 15 overs. And Pakistan team scored 107/5 in 15 overs, thanks to Babar Azam, who scored 59 off 38 balls. Babar Azam was leading Pakistan side for the first time in a T20I and he holds the pressure very nicely. From Australia Kane Richardson was the best bowler with bowling figures of 3-0-16-2. Thereafter, in reply, Team Australia needed to score 119 runs off 15 overs (DLS). Australian opener Finch had given a good start but during the fourth over the rain started again and then the match was called off.