The Indian team sealed the series after having the won the first two games but South Africa attained victory in the last game of the 3-match T20I series. 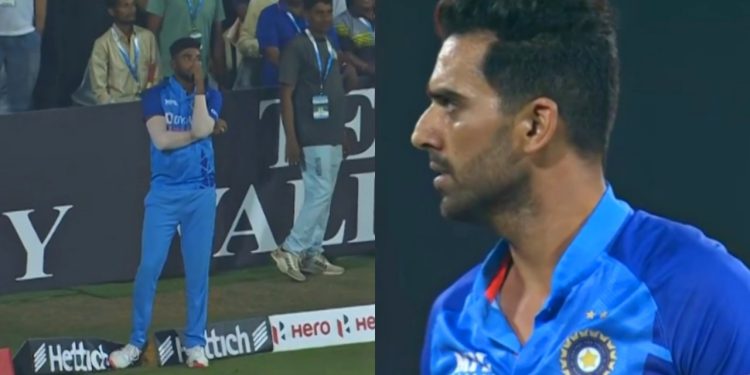 Team India is playing their last T20I game today against South Africa before the T20 World Cup begins in the latter half of this month. The Indian team has already sealed the series and are playing to complete a clean-sweep. The Indian bowlers looked totally off colour in the last game of the T20I series and were hammered by the South African batsmen. Interestingly, in the last over of the match Deepak Chahar was caught abusing pacer Mohammed Siraj which caught the attention of the fans.

Indian skipper Rohit Sharma invited the Proteas to bat first after winning the toss. While Indore is a batting paradise because of its small size, the Indian bowlers did not look in their element and were taken to the cleaners by the opponent batsmen. Deepak Chahar was the only bowler who proved to be economical but his last over went for a whopping 24 runs and the bowler was caught abusing Mohammed Siraj as he messed up a catch on the boundary.

In the last over of the South African inning, David Miller came on to bat and the southpaw continued from where he left off in the last inning. After hitting Deepak Chahar for two consecutive sixes, Miller went for another one, but the ball went straight to Siraj at deep square leg. The bowler caught the ball cleanly, however in his momentum he backpedaled and ended up touching the boundary with his leg. This irked Chahar and he was caught abusing Siraj.

South Africa managed to get 227 runs in their allotted 20 overs and their bowlers were up to the task and kept removing one Indian batsman after another in the second inning. Poor shot selection by the Indian batsmen helped the South African bowlers to a great extent and the Indian team crumbled at the score of 178 runs, falling 50 runs short of the target.