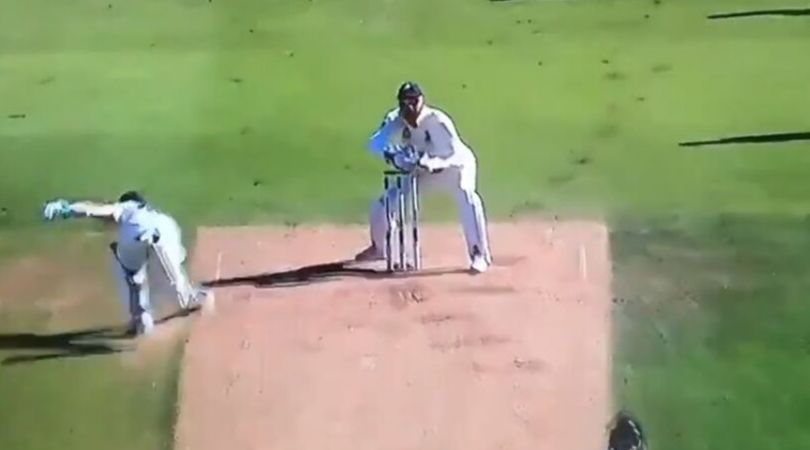 Currently, Australia and England are playing their fifth and final match of the Ashes 2019. Meanwhile, during the second day of the ongoing match, England wicketkeeper Jonny Bairstow involves in a hilarious scene. Actually, he fools Australian veteran Steve Smith while making an attempt to run out.

This all happened in the 30th over of the Australian first innings in the final test of the Ashes. Meanwhile, Steve Smith was batting alongside with Mathew wade and in the fourth ball of 30th over they decided to take quick three runs. However, they had completed three runs but Steve Smith couldn’t escape from Jonny Bairstow’s mind game. Actually, when batsmen were attempting the third run, Bairstow gestured that the ball is coming towards his end.

Earlier in the match, after winning the toss Australia invited hosts to bat first. During the first innings, England has scored 294 runs, thanks to Jos Butler 70 and root 57 runs. And currently, Australia has score 186 for the loss of 7 wickets.

However, Australia has already retained the Ashes 2019 Title, was the fourth game of the series.