Team India's veteran batter retired from Indian Premier League and all forms of domestic cricket earlier this year in September. 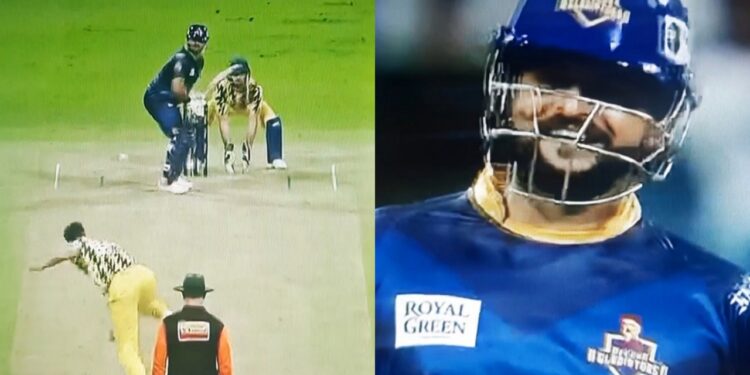 Team India’s veteran batter retired from Indian Premier League and all forms of domestic cricket earlier this year in September.

After retiring as a professional cricketer, Suresh Raina joined the Deccan Gladiators franchise of the Abu Dhabi T10 league and made his debut on November 23 against Team Abu Dhabi.

Suresh Raina falls for duck in his T10 debut

Starting his new journey with franchise cricket, Suresh Raina came in to bat at number 4 for his side Deccan Gladiators as the opener Kohler-Cadmore was bowled out by Peter Hatzoglou. India’s star batter occupied his crease and blocked the fourth delivery of the fourth over of Deccan Gladiators’ innings but couldn’t wait much as is the demand of the T10 format.

Raina took on the leg spinner and went for a slog between long on and mid-wicket just on the second delivery he was facing. The aggressive batter did connect his shot but couldn’t clear the boundary fielder as Andrew Tye took a fine catch inches before the boundary rope which ended Raina’s debut innings for a duck.

Suresh Raina, who was termed as Mr. IPL for his consistency in the biggest league globally, couldn’t believe his luck as he departed for a duck even after playing a good shot. After scoring tons of runs for the Indian national team and Chennai Super Kings, Raina might not have thought of such a debut in the T10 league however as they say cricket is an unpredictable game.

Even though their star batter Raina went without scoring, Deccan Gladiators got off to a winning start in the league as their skipper Nicholas Pooran smashed 77 runs off just 33 deliveries with eight sixes and five boundaries to give Deccan Gladiators an impressive total of 134 for 6.