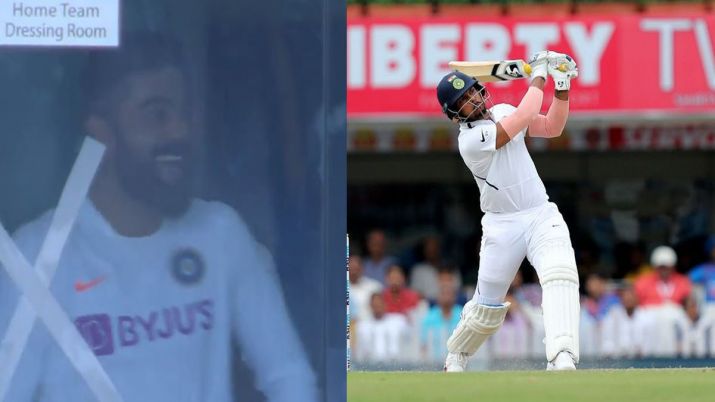 South Africa’s opening series of Test Championship is not going good as India had dominated in first two matches. And now Team India is again looking strong in the third and final test match of the series. Meanwhile, Indian pace bowler Umesh Yadav has done something that Virat Kohli and Company remains stunned. Actually, during the first innings of the third test match, Umesh Yadav hits 5 sixes off Just 9 Balls.

Team India has fully dominated South Africa team so far in the series. However, after the defeat in the first two tests, South Africa was looking stronger in the early overs of the first day, despite losing the toss. As they took three early wickets on the very first day of the third test match. Things started promisingly for the visitors in the third Test as they had India reeling at 39 for 3.

But then Rohit Sharma and Ajinkya Rahane did fantastic works and helped team India towards a powerful total. Rohit had scored a double century and Ajinkya scored a century to bail India out of trouble and put the team in a commanding position. And then Ravindra Jadeja too socred a half-century in the role of the finisher.

But the things didn’t stop here, Indian pace bowler Umesh Yadav rubbed more salt to South Africa’s innings by hitting five sixes in just nine balls. And it was one of the best entertaining stuff so far in the series as Umesh hits 5 sixes. Virat and Company enjoyed the moment. Here we are sharing the video of the Umesh Yadav  5 sixes off 9 balls.

Earlier in the match, Virat Kohli after winning the toss decided to bat first. Team India in the first innings has scored 497 for 9, before declaring the innings. And now again South Africa is looking in trouble as they have lost 2 wickets for the score of 9 on the end of Day 2.