‘What is the use of generator?’ – Virender Sehwag questions BCCI after the unavailability of DRS in CSK vs MI match

IPL 2022: Virender Sehwag insisted upon the disadvantage CSK faced during the DRS issue in the last match. 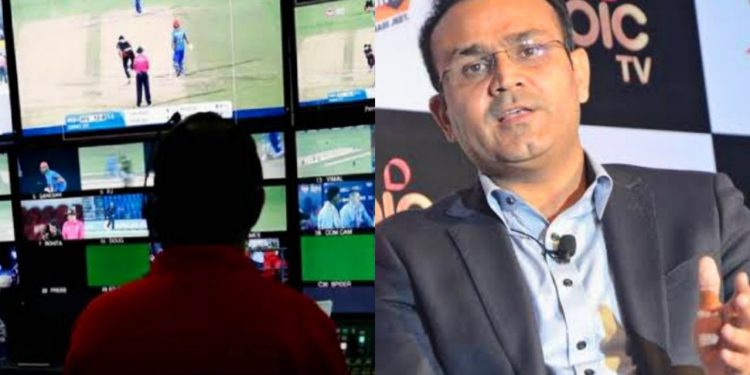 The Mumbai Indians(MI) registered their third win in this edition of the Indian Premier League against the Chennai Super Kings on Thursday in Wankhede Stadium. This huge loss cost CSK their hopes of qualifying for the playoffs. The CSK required to win all of their remaining fixtures to have a chance at finishing in the top four; but even so, the loss to MI meant that the Super Kings ceased to finish in the top four for only the second time in IPL history. The Super Kings had a poor batting performance, being bowled out for 97 in 16 overs, and despite a strong bowling performance, the MI eventually won their third game of the season.

The game saw a significant controversy in the early overs of the match. However, the Decision Review System(DRS) was unavailable because of a power shortage in the stadium. CSK lost an early wicket of Devon Conway as he was adjudged LBW out, and eventually got targetted because of this controversy. Conway had been the Super Kings’ most consistent batter in their past three games and the dismissal, which took place in the first over itself, gave the side a massive setback in the innings. 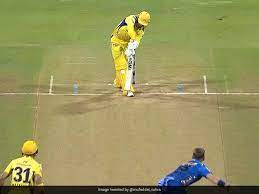 Virender Sehwag feels it was unfair with CSK

Many fans were shocked and outraged that the DRS was not obtainable, and former Indian cricketer Virender Sehwag also stated that it was a major drawback for CSK. The DRS was activated after the first few overs of the game, but CSK had already deployed their top-order batters by then.

“It was astonishing that DRS was unavailable due to power cut. It’s such a big league that a generator can be used. Whatever software there was, that could have been run with power generated through backup. This is a big question for the BCCI,” Sehwag said on Cricbuzz.

“What will happen if there is a power cut? Is the generator only for stadium lights and not for the broadcasters and their systems? If the match was happening then DRS should definitely have been used. Or DRS should not have been used in the entire match because this was a disadvantage for Chennai. If Mumbai were batting first then they would have suffered,” Sehwag further said.