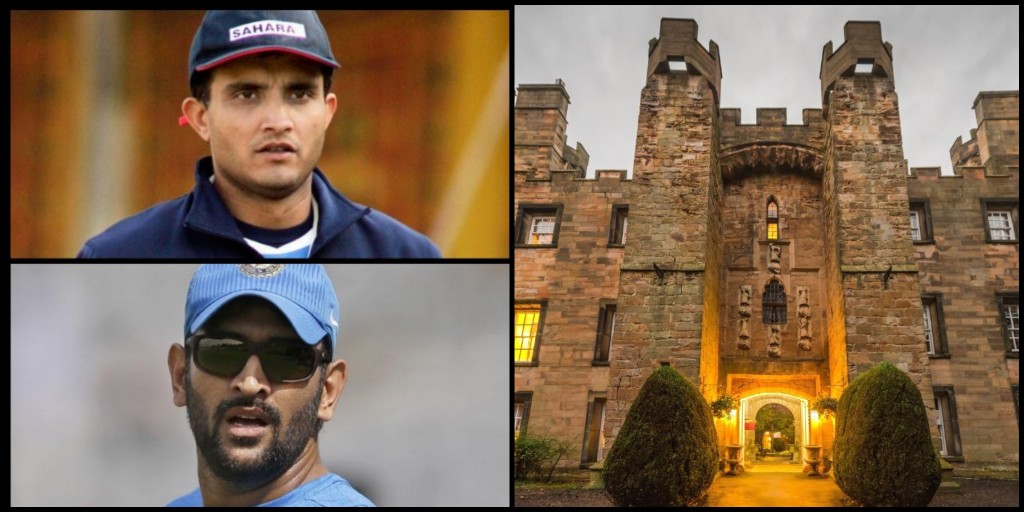 Supernatural or paranormal things are one of the biggest mysteries in the history of mankind. There are many spectral stories which have intrigued the world over ages. Ghosts and their haunted stories have not stayed away from cricket also. There are many incidents when cricketers have faced supernatural experience.

One of the famous haunted incidents happened during the Ashes 2005 series. Australia had toured England and the series ended at famous 1-1 draw. However, there was more than cricket for the cricketers in this series. In June 2005, Australia’s Shane Watson was haunted by a ghost in an ancient Durham hotel named Lumley Castle where the team had stayed.

Watson felt something wrong in his room as he felt the presence of someone else in his room. After this incident, Frightened Watson slept in Brett Lee’s room. Australia’s media manager even claimed that she saw a ghost in the hotel.  “I saw ghosts. I swear I’m telling the truth,” she admitted.

Some local claimed that the hotel is haunted since the 14th century. According to them, the lady of the castle, Lily Lumley was murdered by two priests in the castle when she refused to practice and follow the Catholic church.

Before this incident, in 2002, former Indian captain Sourav Ganguly also faced a scary night in the Lumley Castle hotel. Ganguly said the team came back to the hotel after the practice session. He had dinner with the team and returned to his room. He closed the curtains, turned off the lights and climbed to bed. But suddenly his sleep disturbed when he heard the noise of tap water coming from the bathroom.

Ganguly said, “I got up, switched on the lights and went to turn off the water. The taps were already off. I thought I must have dreamt it or heard it from another room. I went back to bed, making sure everything was turned off and the place was quiet, then fell back asleep.” But after falling asleep for half an hour, once again the tap water noise awoke him and this time it really spooked him. He once again checked the bathroom and taps were off”.

Then he decided to keep the lights on and tried to sleep in that way but he couldn’t. After a long time, when he couldn’t fall asleep in light, he decided to turn off the lights. But, once again the tap water started running.  ganguly said, “I jumped out of bed and ran out… I was terrified and went to Robin Singh’s room, knocked on his door and asked if I could come in and stay in his room. I was the captain, so I couldn’t tell him I was scared and was worried about the ghosts, could I? Then I told him the floor would be fine and he was very kind to let me stay.”

Ganguly never stayed in the Lumley castle again but he was left thrilled when he heard that West Indies team in 2004 and Australian cricketers in 2005 had a similar experience in the Lumley Castle. In 2004, three West indies cricketers also felt something wrong in the hotel and they decided to check out and stay in another hotel of Durham.

London’s Langham Hotel is another hotel in England which has some haunted stories. In 2014, during a test series against Sri Lanka, English cricketers also faced paranormal incidents. Stuart Broad also claimed that the taps in the bathroom turned on for no reason. His girlfriend Bealey was so frightened after this. And they ended up asking for a new room. Ben Stokes also had problems sleeping in his room. During England vs India Lord’s test in the same year, MS Dhoni claimed that he spotted a mysterious shadow in his room of Langham Hotel.