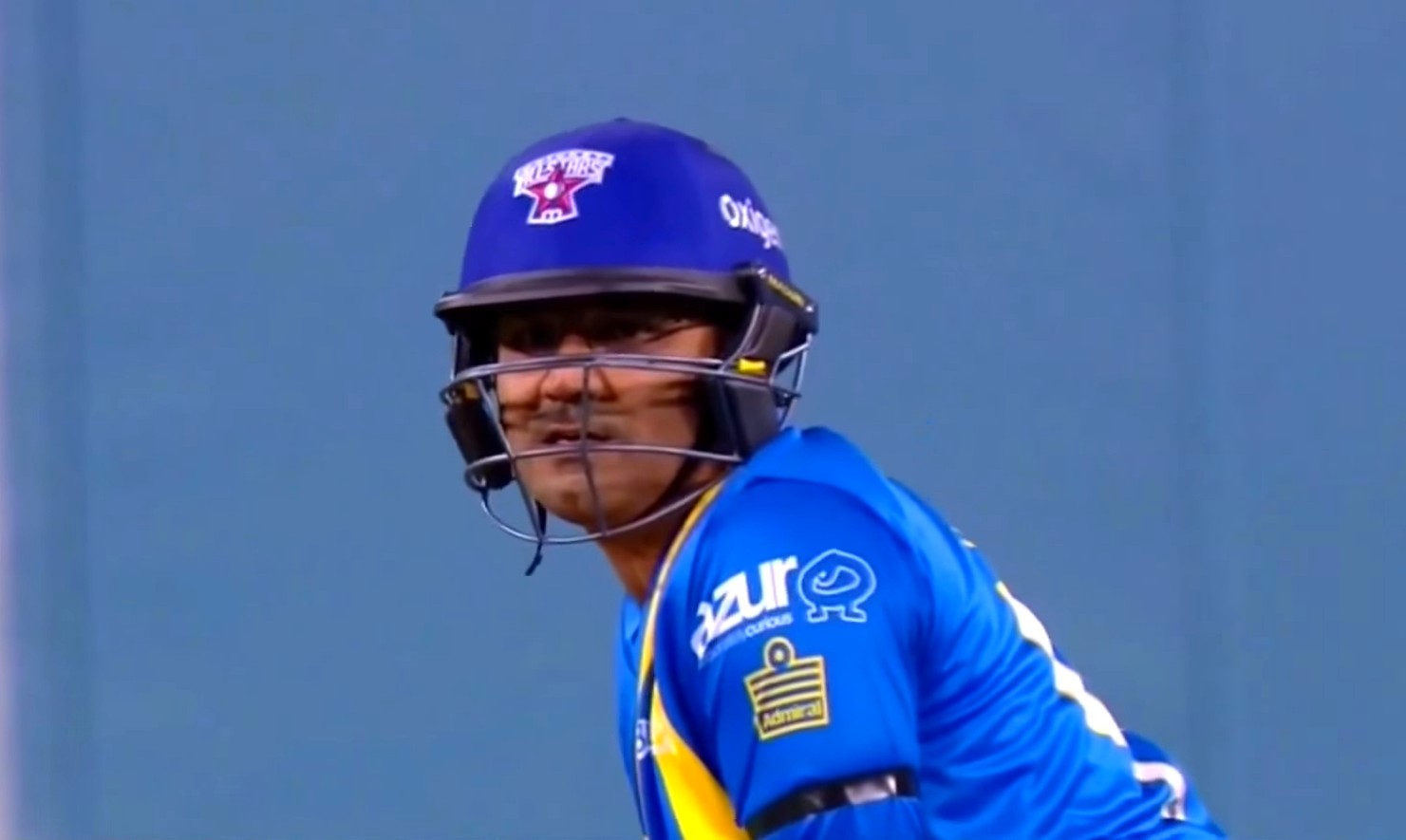 Virender Sehwag is one of the most destructive batsmen of all time. Fans missed his batting style and attitude. Sehwag used to sing songs while batting. Many cricketers have revealed that Sehwag sings during batting and some times he had been recorded in stump mic while singing.

During his 319 runs knock, Sehwag forgot lyrics of a song. He had stopped match just to get lyrics. He called 12th man Ishant Sharma to the field and told him to get the lyrics of the song from his iPod and Ishant did that. Sehwag revealed in an interview, “Obviously, everyone thought that I had asked for ‘drinks’ from Ishant, but sometimes, the 12th man can be used in this way too! The song was, Tu Jaane Na,”

Seems like Atif Aslam’s ‘Tu Jaane Na’ had become a favourite song of Virender Sehwag as he scored a triple hundred that day. In 2015, during Cricket All-Stars match Sehwag was recorded in stump mic singing this song while hitting a six. Sehwag was part of Sachin Tendulkar’s Blasters team in 3-T20 matches tournament in which retired players were part of two teams. The second team was Shane Warne’s Warriors. Below is the video of Sehwag’s six.

Sehwag’s scores in the tournament were 55, 16 and 27. However, Warne’s team beat Sachin’s Blasters in all three matches. After this tournament, Sehwag appeared in some leagues such as T10 league. While Sachin Tendulkar didn’t appear in any competitive cricket.

But, now it’s great news for the fans that there favourite retired players are making a return to cricket. In February 2020, retired cricketers from five countries – Australia, South Africa, Sri Lanka, West Indies and India will play an annual tournament Road Safety World Series. Sachin, Sehwag, Lara, Brett Lee and legends will be the part of the series.

Virender Sehwag excited to open with Sachin and face Brett Lee in the upcoming tournament. Sehwag told mid-day on the sidelines of the World Series launch, “I am really excited to get a chance again to open the innings with Tendulkar. Also excited to face Brett Lee. He [Lee] may have not experienced that big-hitting when he was at his peak. But now this is a chance for me to thrash him. ‘Acchi khasi pitai karunga’,