In a video posted on Yuvraj's official social media accounts, the veteran all-rounder could be recorded speaking, 'Warrior is back,' as he padded up to bat in the nets. 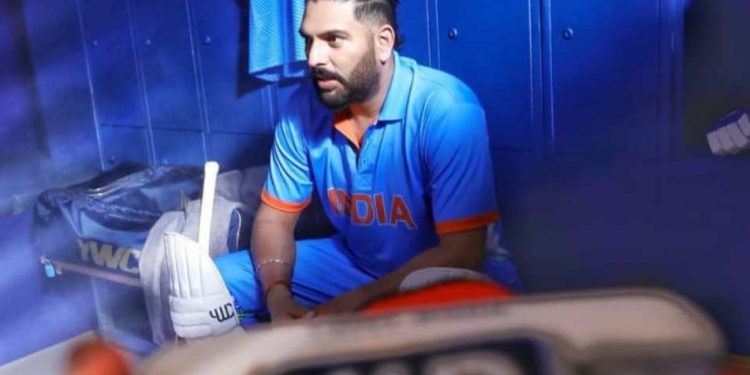 Yuvraj Singh, a former Indian all-rounder, is well-known for his clutch hitting, wicket-taking skills, and elite fielding quickness. Yuvraj Singh sculpted his own trail to establish himself as a quality all-rounder among the elitist group of batters that included Sachin Tendulkar, Sourav Ganguly, Rahul Dravid, and Virendra Sehwag.

The left-handed batter has served as the driving force behind several of India’s most significant victories in the first two decades of the twenty-first century, particularly his match-winning collaborative effort with Md Kaif in the Natwest Trophy back in 2002 and his unparalleled performance during the 50-over World Cup in 2011 having suffered from a cancerous tumour.

Yuvraj Singh will turn 41 in December, however, the way he has scored runs recently has reassured everyone of his glory days, during which he used to hit ridiculously huge sixes for fun. The left-hander was relentlessly whacking massive sixes in the nets, and the clip was shared by him via his official social media profiles. Yuvraj Singh decided to retire from world cricket in June 2019 and has merely made intermittent on-field cameos in franchise leagues around the world since then. Ever since the 2019 IPL, he has not yet found a potential buyer. But besides not playing the game on a routine basis, the two-time world champion showed no indications of having lost touch when he later picked up the bat.

In a video posted on Yuvraj’s official social media accounts, the veteran all-rounder could be recorded speaking, ‘Warrior is back,’ as he padded up to bat in the nets. During one water break, he was quoted saying, ‘Meri toh saans hi waapis nahi aa rahi hai batting karke.’

When inquired what he was up to, Yuvraj replied, “Maine kaha thodi cricket ki practise bhi karni hai, yeh na ho jab tournament aaye toh.” The clip then rewinded as Yuvraj was placing his cricket kits in the back of his car.

Didn’t do too bad, did I? ? Super excited for what’s coming up! pic.twitter.com/MztAU5nyZJ

Yuvraj is not among the BCCI President Sourav Ganguly’s India Maharajas for the forthcoming Legends League Cricket (LLC) exhibition game against the World Giants, which is to be played at the classic Eden Gardens in Kolkata and joined by England’s 2019 World Cup-winning captain Eoin Morgan.

Also Watch: Rohit Sharma got stuck in a Mumbai restaurant as hundreds of fans gathered to see him

The lefthander, on the other hand, could be joining the cast for two heavily hyped franchise leagues next year: the CSA T20 League and the UAE’s International League T20.