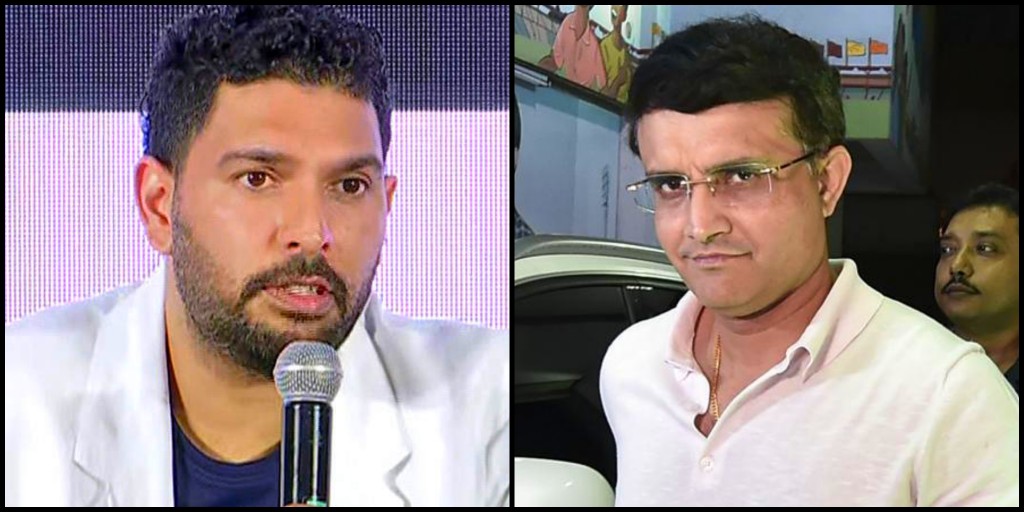 Whole Indian cricketing fraternity is pleased after Sourav Ganguly named as the new BCCI President. Ganguly who revolutionized Indian cricket under his captaincy now has taken the command of BCCI. He is the first cricketer in the last 65 years to become BCCI President. Ganguly’s former Indian teammates such as Sachin Tendulkar, VVS Laxman, Harbhajan Singh gave congratulatory messages to him. Yuvraj Singh also came up with a congratulatory message to Dada but with that, he took a dig at former BCCI panel.

Southpaw wrote on his Twitter handle, “Greater the man greatest the journey! From IndianCaptain to BCCI president. Think it will b a gr8 insight 4 a cricketer to be an administrator & make others understand admin frm a players point of view. Wish u were d president while d yoyo was in demand good luck Dadi.”

Sourav Ganguly responded to Yuvraj’s wish and hailed him as Superstar. Ganguly replied, “Thank u the best .. u have won India world cups .. time to do good things for the game now .. u r my superstar .. god bless always”

Thank u the best .. u have won India world cups .. time to do good things for the game now .. u r my super star .. god bless always

Yuvraj Singh played his last match for India on June 30, 2017, against West Indies before getting dropped from the side. Selectors ignored him for World Cup 2019 which he eagerly wanted to play. After that, in June 2019, he decided to retire from international cricket and IPL so he could be eligible to play T20 leagues outside India.

Why Yuvraj Is Unhappy With BCCI?

After retirement, Yuvraj Singh had blamed selectors for not picking him despite clearing Yo-Yo test. Yuvraj said, “I got injured and I was told to prepare for the Sri Lanka series. Then suddenly, the yo-yo test came into the picture. It was a u-turn in my selection. Suddenly I had to go back and prepare for the yo-yo test at the age of 36. Even after I cleared the yo-yo test, they told me to play domestic cricket,”

ALSO READ: Selectors Takes A Big Decision On Dhoni Ahead Of Bangladesh Series

After retirement, 37-year old played GT20 Canada league as captain for Toronto Nationals. Now there are reports that the cricketer might play the upcoming season of T10 League at Abu Dhabi, UAE. So far no Indian cricketer has played in T10 League.