Chennai Super Kings have been knocked out of the tournament after their flop-show in the 59th Match of the IPL 2022. 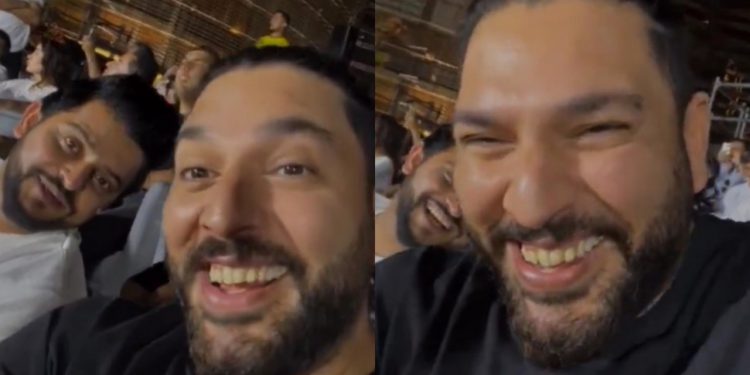 The defending champions Chennai Super Kings have had a dismal IPL season this year as they never looked consistent and were handed so many losses in the tournament. The Yellow Army hit another low on Thursday evening as they were bundled up on a paltry 97 in the 59th Match against the Mumbai Indians. Post CSK’s flop-show, former cricketer Yuvraj Singh teases Suresh Raina, who was once an integral part of the Chennai setup.

Mumbai Indians and Chennai Super Kings are the two most successful teams in the history of the IPL; however, the 15th edition has been a nightmare for both the franchises and they would look to make amends in the upcoming season. In the El-Classico on Thursday, MI was all over CSK as the Mumbai bowlers ran a riot against the CSK batsmen who looked clueless. After CSK got out on just 97 runs, Yuvraj Singh teases Suresh Raina.

Suresh Raina was a vital cog in the Chennai setup and the fans were hopeful that he will be retained by the franchise in the Mega Auction 2022, but it didn’t happen. In fact, Suresh Raina went unsold in the auction as no team showed interest in him. The Chennai fans were definitely disappointed and after CSK’s performance this year, the fans are missing the left-handed batsman even more.

CSK fans have been utterly disappointed with the way things have gone for the franchise this year and Yuvraj Singh teases Suresh Raina in a video which was posted by Yuvraj on his Insta status. The former CSK player was taken by surprise by Yuvraj’s question regarding CSK getting all-out on 97 and both the players laughed at it.

In the video, Yuvraj Singh asked the former CSK batter, ” Your team just got all out on 97. What would you want to say about this?” To which Raina can be heard replying, “(Match dekha nahi Paaji maine) Didn’t watch the match Paaji.”

ALSO READ: DRS goes unavailable in IPL match due to powercut at Stadium; Devon Conway walks back despite being not-out

While the seasoned IPL teams have been knocked out, the new entrant Gujarat Titans have almost put their foot in the playoffs. Gujarat has won 9 out of their 12 games and is the only team to have 18 points. Another new team Lucknow Super Giants have also impressed the fans and are most likely to enter the playoffs.