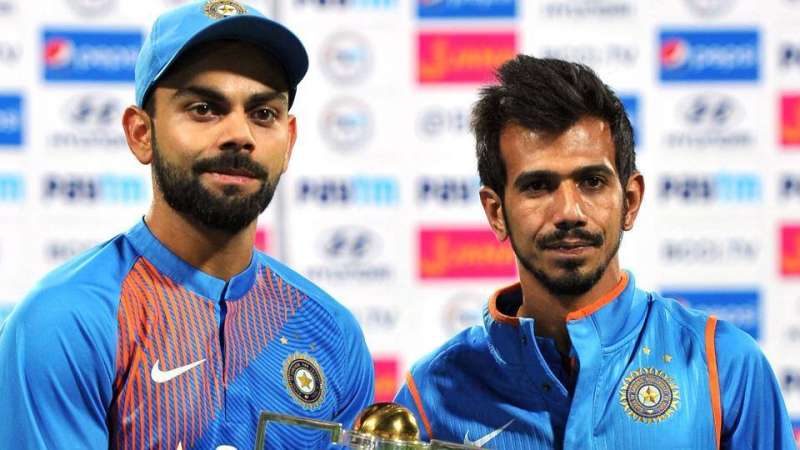 Ongoing test against South Africa is Virat Kohli’s 50th test match as captain. He becomes 2nd Indian captain after MS Dhoni to achieve this feat. Dhoni has captained India in 60 matches. However, Virat Kohli is the most successful Indian captain in tests. Before this test, in 49 matches under his captaincy, India has won 29 matches.

Meanwhile, Yuzvendra Chahal wished Virat Kohli on completing 50 test as captain in a quirky way. he tweeted, “Congrats bhaiya only 50 more test matches than me.” Some feel he is indicating to Virat that he has yet to make a debut in test cricket. Recently, Virat Kohli had dropped Yuzvendra Chahal from the T20 team to carry forward a new plan.

Congrats bhaiya 🤙 only 50 more test matches than me 🤣😂😜 pic.twitter.com/jkmKY7vLxo

On exclusion of Chahal and Kuldeep from T20 side, Virat said, ” The increased depth in batting was one of the reasons behind Kuldeep Yadav and Yuzvendra Chahal’s exclusion. Also, we wanted to give opportunities to the guys who have done well over the last couple of years in domestic cricket and in IPL. It is about finding the best balance in the combination and not just sticking to only one combination,”

But Sourav Ganguly weighed in to bring back wrist spinners in T20 side as he thinks the team doesn’t need two off-spinners.  He said, “This is a good team but Virat needs to bring back the wrist spinners into this format. I hope Yuzvendra Chahal has only been rested to give the opportunity to others, or else he is a must for India in the T20 format”

ALSO READ: Manish Pandey All Set To Marry This Actress

Talking about on-going India vs South Africa test, India is holding a strong position. India decided to bat first after winning the toss. And when this article was posted India were at 389 after losing 4 wickets. Virat Kohli completed his 26th test ton and currently taking forward India’s score alongside Ravindra Jadeja. Mayank Agarwal also completed is 2nd test ton during the innings.